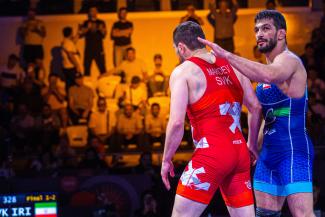 Olympic bronze medalist Bajrang PUNIA (IND) suffered a shock loss for the first time at a Ranking Series but returned to win the bronze medal at 65kg.

Here are the 10 freestyle finals from Almaty.