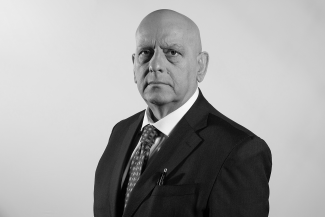 CORSIER-SUR-VEVEY, Switzerland (July 22) -- With great sadness, United World Wrestling has learned of the death of Lucio Caneva, a UWW Bureau Member, manager of the Italian national team, and Vice-President of the Mediterranean Committee of Associated Wrestling Styles. He was 61 years old.

Mr. Caneva, who attended the U15 European Championships in Croatia last weekend, dedicated his entire life to wrestling, making significant contributions first as a wrestler, then as a coach, followed by a successful tenure as an administrator.

"Mr. Caneva's passing is a big loss to the UWW family," Nenad LALOVIC, UWW President, said. He was a prominent figure in our sport. His role as a wrestler, coach and administrator was inspiring. My deepest condolences to the Caneva family."

Born on October 16, 1960, Mr. Caneva started as a young wrestler in his birthplace Genoa. He went on to become the trainer of one of Italy’s biggest wrestling clubs, Polisportivo Mandracci and became the president of the Liguria Regional Committee.

Mr. Caneva leaves behind his wife, Edit Dozsa -- a Hungarian international referee, who took part in the 2008 Beijing Olympics – and two children, both a part of the Army military sports group.

In 2017, he moved to Rome with his family to assume his duties as the manager of the Italian wrestling team. Mr. Caneva and his family played an important role in welcoming two-time world champion and Rio Olympics bronze medallist Frank Chamizo Marquez to Italy. Mr. Caneva’s confidence in the wrestler's abilities, who also received support from the National Federation, FIJLKAM, became the face of Italian wrestling.

Last year, Mr. Caneva was elected as the Bureau Member of the UWW. His outstanding contributions to wrestling were recognized after he was honored with the Star of Sporting Merit.

The UWW expresses its deepest sympathies to the Caneva family. 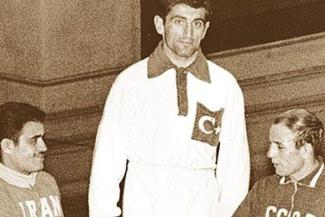 CORSIER-SUR-VEVEY (September 20) -- Two-time Olympic champion and member of the United Wrestling Hall of Fame Mustafa DAGESTANLI (TUR) passed away on Monday. He was 91 years old.

In the 1956 Melbourne Games, Dagistanli won gold in the 56kg weight class. Four years later in Rome, he jumped up to 62kg and finished on the top of the podium.

Dagistanli made his debut for Turkey in 1953 but quickly became one of the most dominant wrestlers in the world and won the first world title in Tokyo in 1954.

In his 320 recorded bouts in Turkey, Dagistanli won 319 out of 320 bouts and 70 out of 73 at the international level. The achievement puts him among the best wrestlers walking on the planet during his active days.

After his retirement, he worked as a coach and was part of the Turkish Wrestling Federation. He also served in the Grand National Assembly of Turkey as the Samsun Deputy of the Justice Party for two terms between 1973-1980 and received the State Distinguished Service Medal.